AG’s Opinion in the Achmea case

AG’s Opinion in the Achmea case

The long-awaited Opinion of Advocate General (AG) Wathelet in the Achmea case has resulted in an unexpected and rather surprising Opinion.

Many observers (including the present writer) had expected that the AG would hammer the final nail on the coffin of intra-EU BITs and arbitral tribunals based on these treaties. After all, the pressure by the European Commission on intra-EU bilateral investment treaties (BITs)/ECT arbitral tribunals to reject their jurisdiction because the intra-EU BITs and arbitration are supposedly incompatible with EU law has been high for many years. Similarly, the European Commission has been pressurising the EU member states to terminate their intra-EU BITs. Indeed, several EU member states have done so, or are in the process of doing so.

In light of these developments, it came as a surprise that the AG concluded that intra-EU BITs and international arbitration based on such BITs, is entirely compatible with EU law. The AG fully rejected the arguments raised by the European Commission and several EU member states.

At first sight, this outcome should be hailed by the arbitration community as a rare support for investor-state dispute settlement (ISD 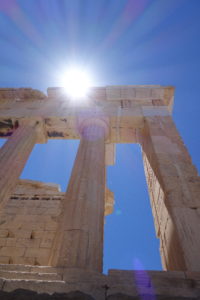 S) in times of a backlash against ISDS, in particular in Europe. Indeed, the “seal of approval” by the AG should take away any doubts as to the claimed potentially incompatibility of intra-EU BITs with EU law. Consequently, and if followed by the Court of Justice of the EU (CJEU), there would be no reason anymore for EU member states to terminate their BITs and equally there would be no reason for the European Commission to continue its fight against these BITs.

However, upon closer inspection, keeping alive intra-EU BITs and intra-EU ISDS comes with a poison pill, namely, in the form of a complete “Europeanization” and thus sub-ordination of intra-EU BITs’ arbitral tribunals under the CJEU.

More specifically, the AG, first of all, equated international arbitral tribunals with domestic courts and tribunals of the EU member states. As a consequence thereof, arbitral tribunals should be entitled to request preliminary rulings from the CJEU as far as the interpretation and application of EU law is concerned.

Already, this conclusion is far-reaching because it would mean that the CJEU would have to significantly change or even reverse its jurisprudence on the strict conditions of what constitutes a domestic court or tribunal that is entitled to request preliminary rulings from it. Moreover, most, if not all, international arbitral tribunals would find it very difficult to consider themselves to be in a similar position as domestic courts – after all, they are created on the basis of international treaties and are supposed to apply and interpret first and foremost, public international law.

Secondly, and potentially even more difficult for international arbitral tribunals to accept, is the AG’s conclusion that because intra-EU BITs’ arbitral tribunals are similar to domestic courts of the EU member states, they are fully bound by the jurisprudence of the CEJU and must apply and interpret relevant EU law (and relevant international law that is an integral part of EU law) fully in line with the jurisprudence of the CJEU.

In short, the AG adopted a very different and more canny strategy than the European Commission: rather than completely eradicating intra-EU arbitral tribunals, he chose to integrate them into the EU legal order and sub-ordinate them under the full control of the CJEU.

Put differently, international arbitral tribunals, which were previously outside the control of the CJEU, would now be “captured” by the CJEU and thus neutralised, meaning they would not be able to deviate from the CJEU decisions.

While this approach may work for arbitral tribunals established under UNCITRAL arbitration rules and having their seat within the EU, it is difficult to see how arbitral tribunals seated outside the EU could be required to be bound by the CJEU or able to request preliminary rulings from the CJEU. This is even less conceivable for ICSID arbitral tribunals, which operate under the self-contained regime of the ICSID Convention.

Until the ECJ has delivered its judgment in this case, it is too early to answer these questions. But if the CJEU were to follow the AG, then this will definitely have significant repercussions for intra-EU BITs and arbitral tribunals constituted under them.

Contact me if you need any advice on these issues!