After Achmea: The Need for an EU Investment Protection Regulation

Home Geen categorie After Achmea: The Need for an EU Investment Protection Regulation
201803.30 0

After Achmea: The Need for an EU Investment Protection Regulation

After having digested the Achmea judgment, I reflect in this blog, which was published on the Kluwer Arbitration blog, on the possible way forward.

The Achmea judgment, passed on the 6th of March 2018, and addressed in the Kluwer blog posts available here and here, prompted us to think about what could be the way forward for an effective investment and investor protection within the EU.
Now that the CJEU decided that investment treaty arbitration based on intra-EU BITs is not compatible with EU law, the focus of attention must now shift towards the domestic courts of the Member States as the guardians of protecting the rights of European investors.

The question arises which legal instruments can be invoked by investors before domestic courts?
Obviously, domestic laws, including constitutional law. Since the domestic laws of the Member States differ, the level of protection will vary, thereby leading to a discriminatory treatment of investors and to varying degree of protection in the respective Member States.
In addition, investors may be able to rely on EU law, including the EU Charter of Fundamental Rights and the European Convention on Human Rights, as far as it is incorporated in domestic law or via reference by the CJEU jurisprudence.
Finally, as long as the existing intra-EU BITs are not terminated, investors should still be able to rely on the substantive protection standards contained in those BITs before domestic courts, since the BITs are part of the domestic legal order of the Member States. Accordingly, domestic courts have an extensive toolbox of instruments available enabling them to provide investors with the necessary legal protection.

However, the reality is that in many Member States the judicial system is slow, malfunctioning, corrupted and under political control or pressure. The 2017 EU justice scoreboard, which the European Commission publishes every year, illustrates the shortcomings in the judicial systems of the Member States. Hence, in reality, domestic courts currently are often not an effective alternative for European investors. 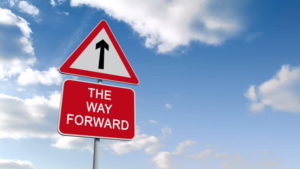 One way to improve the situation could be to draft and adopt an EU regulation on investment protection that would incorporate the substantive and procedural standards currently contained in the gold standard BITs, such as in particular the Dutch BITs.
Accordingly, this regulation would contain the Fair and Equal Treatment, Most-Favored-Nation, National Treatment standards as well as an (in)direct expropriation with full compensation provision and an umbrella clause. The procedural standards would include specified timelines for concluding the proceedings and guarantees for the impartiality and independence of domestic courts.
The main advantage of an EU regulation would be that it would be directly applicable in all Member States, without any implementing acts necessary, and would have a legal status that would be superior to all laws and even the constitutions of the Member States. In this way, the EU could with immediate effect create a harmonized system of investment and investor protection within the EU – at least on paper.

In addition, now that the European Commission has successfully concluded its crusade against investment treaty arbitration based on intra-EU BITs, it is particularly responsible for effectively and significantly improving the judicial systems, and more generally, the Rule of Law in the Member States. This would not only benefit foreign investors, but also domestic investors and all EU citizens generally. Indeed, this would be a positive contribution, which might help improve the rather poor image of the EU, which it has in broad sections of the EU population.
In sum, while the Achmea judgment certainly was not helpful from the perspective of the protection of fundamental rights and the Rule of Law, it does provide for the EU an opportunity to deliver something positive and thereby increase trust and legal certainty. This, in turn, may also boost the desperately needed foreign and domestic investments in the Member States, and thus create jobs.
It remains to be seen whether the European Commission will propose such a regulation on investment protection, or instead continue its rather destructive approach against the remaining investment treaties such as the ECT and the 1500 extra EU BITs of the Member States.

Black Tuesday: the end of intra-EU BITsUpcoming Arbitration events you should not miss!