End of Year Review: Entering the Dark Ages of Protectionism

End of Year Review: Entering the Dark Ages of Protectionism

This is the time when we look back and review this year.

Despite all the lights and festive atmosphere surrounding Christmas Eve, there is only one conclusion: 2019 marks the entering of the Dark Ages of Protectoinism. 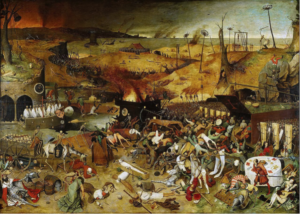 Already in November 2016 I had entitled my guest lecture at Innsbruck University “The CETA drama: Entering the dark age of protectionism and nationalism?”. This was in the context of Wallonia’s refusal to agree to he CETA text, thereby hijacking the whole EU and Canada.

But nowadays it is not Wallonia but the Social Democratic Party in the Netherlands, which has withdrawn its support in the Upper Chamber to ratify CETA, even with the investment court system (ICS).

While the title of my lecture (with a question mark) may have been slightly too dramatic back in 2016, it is unfortunately very fitting at the end of 2019.

The slow but effective asphyxiation of the WTO by the Trump Administration is but one of the telling examples. The continuously simmering trade wars and retaliation between the US and China, the US and the EU, Japan and South Korea illustrate that there is very little respect anymore for the multilateral – rule-based – trading system, which we have build in the past decades on ashes of WW II.

The EU’s FDI Screening Regulation is yet another example of the rising protectionism; and so is the announced termination of the intra-EU BITs.

The Brexit, which now seems almost inevitable in a few weeks time is another sign of the times. Although, the post-Brexit UK could potentially lead the way towards more free trade agreements and less restrictions on trade and investments.

The demonstrations in the whole of South America against economic and political failures, corruption etc. shows that political stability is very fragile.

Similarly, the disastrous economic situation in South Africa, with daily outages underline the failure of the government to deliver basic needs and services.

Unfortunately, there are so many more examples.


All that remains in these dark days is hope. History shows that sooner or later the view will gain traction again that protectionism fails to deliver and that only free trade and unhindered flow of investments will lead to economic prosperity and political stability.

It is in this spirit that I want to thank you all for the fruitful cooperation regarding the many projects, publications, conferences and events of this year.

Wishing you all Merry Christmas and a Prosperous New Year! 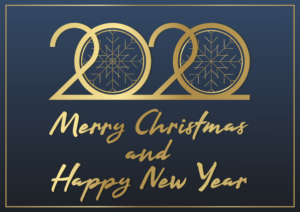