A new Micula-type case on the horizon

A new Micula-type case on the horizon 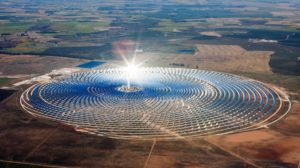 In November 2017, the European Commission (EC) issued its decision on the Spanish support measures for renewable energy sources.
As will be recalled, Spain is currently facing about 30 investment-treaty disputes based on the Energy Charter Treaty (ECT) and various bilateral investment treaties (BITs) for the retroactive withdrawal of its support measures for the production of renewable energy.

While Spain won the first case, it lost in the Eiser case and has been ordered to pay 128 million EUR as compensation to the investor.
As usual in intra-EU arbitration disputes, the European Commission intervened as amicus also in this case, arguing that the ECT is not applicable between EU investors and EU Member States and that therefore the arbitral tribunal lacks jurisdiction.
So far, the EC has unsuccessfully put this argument forward in numerous intra-EU disputes. Frustrated by its failure to stem the flood of intra-EU arbitration disputes, it has changed strategy.

Notably, in the context of the Micula case, in which a Swedish investor obtained a $250 million ICSID award against Romania, the EC prohibited Romania from paying out the ICSID award and thus preventing Romania from fulfilling its international obligations stemming from the BIT and the ICSID Convention. The EC argued that paying out the award would constitute new unnotified and thus illegal State Aid by Romania, which would be in violation of EU law. In other words, the EC has turned an investment treaty arbitration dispute between an EU investor and an EU Member State into a State Aid case between the investor and the EC.
While, the Micula case is still pending before the Court of Justice of the EU (CJEU), the EC applied the same strategy again on Spain by essentially prohibiting Spain to pay the compensation to Eiser as this would constitute new unnotified and thus illegal EU State Aid in vioaltion of EU Law.

In addition, the EC explicitly disagreed with Arbitral Tribunal in Eiser by claiming that there is no violation of the fair and equitable treatment standard of the ECT and that in any case intra-EU investment treaty arbitration is in breach of EU law and thus not available for EU investors.

If the CJEU were to confirm the decision of the EC, the negative consequences would be very significant indeed.
Essentially, this would mean that ICSID awards could not effectively be automatically executed within the EU, which is the very purpose of the ICSID Convention. As a consequence, practitioners need to reconsider whether ICSID is still a useful dispute settlement system when it concerns cases against EU Member States. In addition, the EU Member States may not be considered any more appropriate places for the recognition and execution of ICSID awards, which can have major implications for the attractiveness of the ICSID system.
In short, the application of the ICSID Convention within the EU is seriously endangered by the EC. This is particularly troubling because it undermines the ICSID system, which has been functioning so well for the past 50 years.